Fuse Box Vs Circuit Breaker: Which Is Better?

Smart Home Protector is reader-supported. As an Amazon Associate, we may earn from qualifying purchases when you buy through links on our site.

The debate of fuse box vs circuit breaker has been ongoing for quite some time. Both the devices protect your electrical appliances and, of course, you from accidents. Hence, choosing between fuse boxes or circuit breakers would be best.

One fundamental difference between fuse boxes and circuit breakers is their working principle and application. Additionally, both electrical devices have different pricing, response time, switching actions, and breaking capacity.

Ideally, your home’s electrical system should have either of these, and you’d have to decide when and where to use either of the devices. But unfortunately, while modern homes come with circuit breaker panels, homes built before 1960 tend to have a fuse box installed instead.

You can read Surge Protector Vs Circuit Breaker: Know The Differences

What Will You Learn From This?

What Is a Fuse Box & How Does It Work?

The fuse is a part of the electrical panel to prevent anything from going wrong. This electronic device is located in the positive terminal that’s in charge of supplying power.

Sitting between the two power terminals is a simple piece of fuse wire that melts away when overheating. Hence, the fuse blows and cuts the power connection between the supply and the electrical appliances, ensuring safety.

You’ll see that different devices have specific power considerations. So, the fuses are made with such restrictions.

When the power supply exceeds the input limit, the fuse melts away and disconnects the power supply, saving the device. But don’t worry. The fuse will allow the flow of electricity as long as it’s under the limit.

What Is a Circuit Breaker & How Does It Work?

Like their fuse counterparts, circuit breakers also carry a power rating. The ones with comparatively lower power ratings are mostly found to protect individual devices, while the larger ones offer protection to entire households.

Both the devices work to provide safety and prevent any hazard, but there are quite a few differences between the two. For starters, circuit breakers can protect all the connected devices. In contrast, breaker panel fuses only tend to protect one device at a time.

Here are a few more differences between fuse boxes and circuit breakers.

Both safety devices need to be maintained to have peak performance. However, the gap between their scheduled services varies.

While you’ll need to perform periodic maintenance for fuse boxes every five years, the boxing circuit performs at its best with an inspection every three years.

And if the circuit breaker is a low-voltage one, it’s best to retard the gap once every one to three years.

Since they’re comparatively older technology, finding fuse box replacement parts can be complex. Depending on the box’s size and the difficulty of finding the parts, your replacement costs for a blown-out fuse can vary from 200 USD to 2000 USD.

On the other hand, you can find circuit breakers’ parts relatively easily. However, they’ll set you back approximately 500 to 2000 USD. And if the breaker panel is a high-amp one, the cost can go up to 3000 USD!

Fuse boxes will cost you less compared to circuit breakers. When buying a fuse box, you can expect to pay around $20 to 100 dollars. In comparison, quality-rated circuit breakers tend to price between one hundred to five hundred dollars. You can find both products in any hardware store.

The circuit breaker has a mechanical function. When the power load exceeds the set limit, the breaker mechanically cuts the connection to prevent any problem.

Meanwhile, the fuse uses conducting materials that melt away for a tripped circuit when the system overloads. You need to replace a fuse every time the conducting metal strip melts.

Fuse boxes can respond to any power overload within 0.02 seconds. On the other hand, the timing of the breaker can vary from 0.02 to 0.05 seconds.

Both fuse boxes and circuit breakers are standard electrical installations. So let’s talk about what each of them has to offer to see which of them suits you the best.

There’s an adage that goes, ‘Old is gold.’ Let’s see if that stands true for fuse circuit breakers.

All the newly-built houses use circuit breakers instead of fuse boxes. But what made them choose the electrical panels over the amp fuse? Let’s find out!

However, if you have a complex electrical system, the cost can be higher. Also, if you need to add new circuits, the cost will be higher.

Here’s our pick for the best fuse box and circuit breaker. No matter what you buy, you’ll be in safe hands. 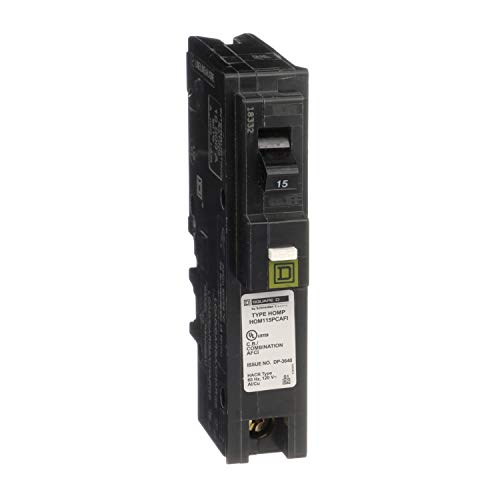 The HOM115PCAFIC breaker unit is the best in the market. The circuit-breaker panel installation process is relatively easy thanks to its innovative design that features a neutral connection. In addition, the plug-n-play breaker panel allows you to directly connect to the neutral bar, eliminating any chances of loose connections.

Another fantastic feature of the HOM115PCAFIC breaker unit is its time-saver diagnostic feature. This feature helps the user identify the problem with just a touch of a button. So, you no longer have to search for the answer in the dark.

And with fewer and more organized connections, this ensures an unburdened gutter at the load center. So, if you’re looking for an all-in-one package, it can’t get any better than this!

Note– If you have high budget, you can buy QO120 Square D circuit breaker that is perfect for heavy use. 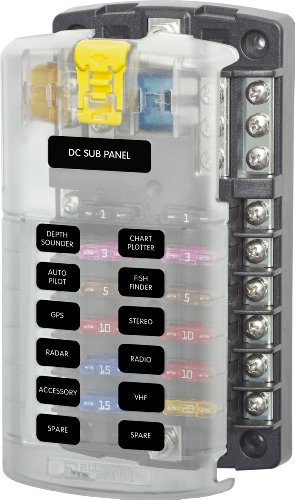 One common complaint about fuse boxes is that they tend to be messy and can be confusing. Not with the Blue Sea System ST Blade Fuse Blocks. This fuse set block merges branch circuits and offers a compact and organized setup to help users avoid tangling any connections.

With tin-plated copper covering, the fuse block can battle any elements. Thus, it’s a perfect choice for vehicle and marine DC electrical systems.

The ST blade fuse box boasts the highest durability. Moreover, its unique design includes an especially designed fuse clip that can help keep the fuses steady in the bumpiest terrains, preventing any blowouts.

And with its stainless steel fasteners, the ST fuse block offers the most secure installation!

While we advise that you go through the entire article to understand the topic thoroughly, we understand that not everyone has the time to do so. For those of you, we’ve made a quick comparison chart about fuse panel vs. circuit breaker. Let’s go!

Should I replace my fuse box with a circuit breaker?

Yes, replacing your fuse box with a circuit breaker would be best. Circuit breakers are much more convenient, and you can easily replace them. On the contrary, fuse boxes will cost you more in the long run.

Do I need to update my fuse box to a circuit panel?

With modern technology, electrical experts consider fuse boxes to be outdated. So, you should update your fuse box to a circuit panel.

Should you upgrade your fuse box to an electrical panel?

If you live in an older home, maybe built before 1960, your house probably has a fuse box. In that case, you should consider an upgrade to a more advanced electrical panel since it’s safer.

My circuit breaker keeps tripping; why?

If your breaker unit keeps tripping, you should get it looked at since it usually means a problem in your electrical circuits. For example, the circuit is overloading, or there is a short circuit in any of the wirings.

Which is Better: Fuse Box or Circuit Breaker?

There’s no one absolute answer to this question. It depends on where you’re using it. Fuses offer faster protection. So, if you have sensitive electronic devices, it’s better to go with a fuse box.

On the other hand, circuit breakers are more suitable for three-phase applications. They’re more convenient since they don’t need to be replaced like a fuse box.

Both types of safety devices have something unique to offer and are essential. While fuse boxes have a lesser upfront cost and faster reaction time, circuit breakers can be more cost-saving in the long run and feature a higher breaking capacity.

Having both of these appliances in just the right place can keep you and your family safe from any electrical hazards!

I'm Bobby Taylor, a tech lover, writer, and editor for Smart Home Protector. I am also a customer relationship officer of a well established electronics manufacturer company in the United States.

How Long Does It Take To Charge Eufy Doorbell? [Explained]

How To Connect Eufy Doorbell to Wi-Fi [Step by Step]

Reverse Polarity RV Surge Protector: What Is It & How to Fix?

What Does A Blue Light On A Security Camera Mean?