Can you plug a microwave into a power strip? Can you plug a toaster oven in the same socket with an extension cord going to the fridge? Would it be possible to turn on both at once without blowing the house out?

People have asked themselves these questions when using their microwaves and appliances at the same time. This blog post explores whether it is safe for your devices and what can happen if they don’t work together.

Why can you plug a microwave into a power strip?

Also, a microvan may cause the power strip wires to overheat, leading to a fire. Furthermore, the outlet must be updated with a special RCCB (Residual Current Circuit Breaker) to prevent any potential damage resulting from overheating the power strip wire.

It is safe to assume that a power strip with a built-in fuse or circuit breaker is electrically safe. Although I will not recommend leaving it plugged in a while, not in use.

A power strip protects against electrical overload, but it is not a permanent replacement for a circuit breaker. In addition, an overload condition can pose a fire risk.

It is better to use an overcurrent protection device designed for the application or a circuit breaker. So a power strip is safe when you plug in your TV but wouldn’t be safe if you plugged in your air conditioner.

Can you plug a microwave into an extension cord?

In a word. No. Microwave ovens draw much power and damage an extension cord if they short circuit or pull too many amps. 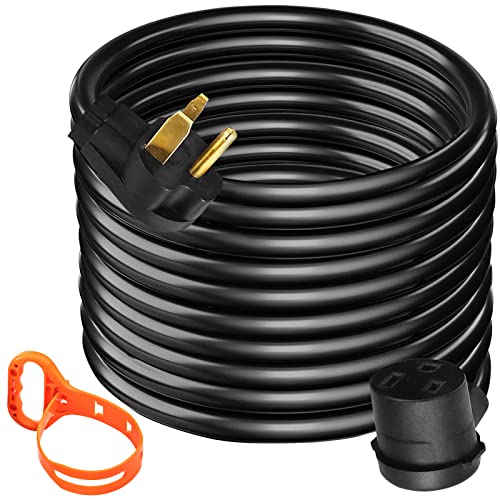 Note- It is better to use always wall outlet instead of using extension cord for heavy duty electronic devices like like space heaters, refrigerators, or microwave and toaster ovens.

How much does a microwave surge protector cost?

An average surge protector/power strip for a microwave costs around 50 dollars.

The average price for a good product is around 100 dollars, but keep in mind that some models are very cheap, but they might damage your appliance over time.

Never plug these items into a power strip

Overall, using power strips with high-voltage appliances can lead to fires or electric shocks. So always try to avoid high power devices to plug in a regular power strip even with multiple devices.

What if I don’t have enough outlets?

If you have a lot of components that need to be plugged into the wall, it is best to install additional outlets. Installing extra outlets is easy to do and can save you a lot of money.

If there are no available electrical outlets, you should try to choose a high-quality power strip with surge protection and circuit breakers. It would be best never to plug power strips into other power strips, as there is always a risk of overloading the circuit.

Can you plug a humidifier into a power strip?

Generally, it would be best not to use a power strip for your humidifier because it can cause a fire hazard. If you intend to plug a humidifier into a power strip, make sure the strip has a circuit breaker and a fuse. Furthermore, it would be helpful to use only power strips that an independent testing laboratory has approved.

What should you do instead of using a power strip?

Power strips are helpful, but you should avoid using them with high-voltage devices since they can cause fires. To prevent electrical fires, it is best to use dedicated electrical circuits for high-energy appliances. Furthermore, you can connect devices directly to the wall and eliminate the need for power strips.

It would help if you used a power strip with good UL ratings (700+ Joules) and the highest amperage possible with the wattage of your appliances. The higher the amperage, the better. Also, be sure to unplug devices when they are not in use.

So I hope you got the correct answer to the question: can you plug a microwave into a power strip?